In the late Spring we wrote a blog piece about what we labeled as “Math Push-Down” that described the phenomenon of younger and younger students taking math classes for which they may not have either the maturity or a solid enough math background.

A piece in the San Jose Mercury News describing some of the reasons for the aforementioned phenomenon, including parental insistence, as it pertains to the adoption of Common Core standards ran this past Tuesday, October 14th.

Of note is the concern by parents that without the completion of math courses at an earlier age, students may not have taken sufficient prerequisites during the course of normal schooling to be eligible for Calculus. The subsequent concern is that students that have not taken Calculus will not be competitive applicants for the “best colleges” when application time rolls around during senior year.

This is a complex problem that we believe will continue to be inadequately addressed without a frank discussion about whether the goals we espouse in educating our children truly match the structures in place to accomplish them. We think wild swings of the education policy pendulum will continue to be standard operating procedure until a clear goal for math education is defined. We think that the concern of parents bears critical examination and, in our opinion, a reframing into a much larger question.

Put starkly and perhaps a bit simply, we think we must ask ourselves whether the ultimate goal in educating our students in math is merely a means to an end, i.e. to leverage them into the Ivy League, and whether that goal has somehow diverged from raising an appropriately mathematically competent citizenry.

On the one hand, there is evidence from other countries whose students outperform ours in mathematical measures and whose approach more nearly mirrors that contained in the Common Core standards that we should slow down. It suggests that a slower approach leads to a more truly mathematically capable student population on average. Privately, parents will admit to us all the time that they think the pressure to learn advanced math at an earlier age is harming students in a multitude of ways. We tend to agree.

Based on experience with educating many students and on personal experience (the author’s degree is in engineering) with jobs requiring mathematical technical competency and those that do not, we think asking whether it makes sense for Calculus to be the “gold standard” of math achievement for high school is appropriate.

All too often we see students enrolled in Calculus when it’s clear that they will not be choosing a path that will require its mastery. What’s worse is that many of these students have become proficient at mimicking what they see in class without truly understanding what they are learning – there are ways to “perform” that are not perfect correlates of mastery. We are convinced that our citizenry in general would be better served if those same students were enrolled in a statistics class that could equip them to think critically about our increasingly data-filled world, without fearing that their college applications would be viewed as somehow lacking.

Calculus is a powerful, necessary tool in science and engineering. The author of this piece took 5 classes in calculus as part of undergraduate training, and performed well, despite not having had the equivalent of AP Calculus (at any level) in high school. On the contrary, rather than “checking a box” in a damaging rat-race to “flesh out” a college application, the advantage the author had was that he was allowed the time to truly learn and appreciate math and develop an understanding of the many connections it can enable in day to day life. We think every student deserves a similar chance. 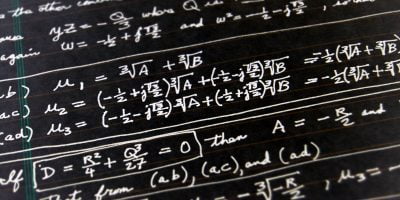 This is the first in a series of pieces about math education designed to provoke a discussion. As tutors, we... Read more »

For Math Mastery, Allow Time For Struggle And Collaboration

A few posts ago, we pondered whether the trend in math we’ve observed with some of our students, i.e. taking... Read more »