Given that we’ve written twice before about the careful and judicious use of calculators (see here and here), it should come as no surprise that we are going to again caution parents about the use of a new tool that fancies itself as a “far more useful calculator.” Enter “PhotoMath,” a new phone based app that uses a phone’s camera and optical character recognition to scan and automatically solve, math problems.

The app’s ability to scan, solve and display solution steps is quite remarkable, but also a reason for pause and caution. Some teachers are naturally concerned that the availability of such apps could lead to increased levels of cheating and thus, are beginning to reconsider the role that homework in math will eventually play in educating students in this critical area.

The app’s creators counter that cheating already occurs and that this development, rather than leading to increased levels of the aforementioned, will result in students having access to immediate answers which they may have trouble reaching on their own. This, in turn, will lower frustration levels.

We are mildly skeptical of the claims made by the company for the reason (as we’ve stated before) that the “right” amount of challenge and frustration can lead not only to the development of tenacity, but to a better and deeper understanding of school material. So we urge caution.

Where we think the app has value is in its potential for helping students to identify small errors, so-called “silly mistakes,” in problems where there is both conceptual and procedural understanding, but the degree of likelihood for detail errors is high.

The app cannot (yet) address subjects such as geometry, statistics and calculus and is focused on foundational arithmetic and algebra. Since we believe that these are precisely the areas in which many students fail to acquire mastery and that this leads to problems later in math, we suggest you talk with your student(s) about this app and its appropriate use. 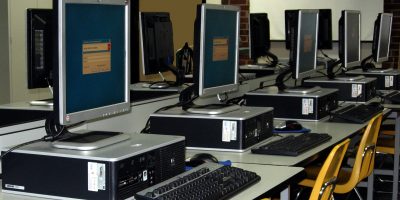 Students with learning and attention challenges often find that using assistive technology helps them to focus and/or boost their learning.... Read more »

“What Do You Think Of Khan Academy?”

When we meet people in a social setting and tell them what we do for a living, we often get... Read more »

Back in January, one of our blog entries touched on the use of calculators in mathematics instruction and made the... Read more »